With a delicate economy and a pandemic that’s still raging, I believe President Joe Biden’s administration has too much on its plate and will be reluctant to support a tax-increase agenda during 2021.

That said, we will get through the pandemic and the massive government stimulus program will need to be paid for. Therefore, tax increases will be on the horizon, hopefully just not in 2021. It would be prudent, though, to be thinking about what those taxes will look like and how they may affect the pest industry. Here are some taxes that, based on election promises, could be enacted in the future.

The Democratic proposal is to raise the top individual rate on ordinary income and net short-term capital gains to 39.6 percent, which was the top rate before tax reform lowered it to 37 percent for 2018–2025. However, the plan is there will be no increased taxes “on anyone making less than $400,000 a year.”

Note: It appears the Democrats favor the repeal of the current $10,000 cap on itemized deductions for state and local taxes. This proposal could be met with bipartisan support. This is huge for those living in states that have high income and real estate taxes.

Higher-income individuals also would face increased federal capital gains. Under current law, the maximum effective federal income tax rate on net long-term capital gains recognized by individual taxpayers is 20 percent. Under the proposed plan, net long-term capital gains collected by those with incomes above $1 million would be taxed at the same 39.6 percent proposed maximum rate that would apply to ordinary income and net short-term capital gains. That would be almost double the current maximum effective rate of 20 percent. While most people will not have incomes of more than $1 million, in the year of a business sale that number could be easily dwarfed.

For those thinking about selling their businesses, this move could significantly impact after-tax proceeds to the negative. We encourage you to contact us to quantify this negative affect.

Under current law, the federal income tax basis of an inherited asset is stepped up to fair market value as of the decedent’s date of death. So, if heirs sell inherited capital-gain assets, they only owe federal capital gains tax on the post-death appreciation, if any. This provision can be a huge tax-saver when we are talking about a greatly appreciated inherited asset, such as business assets from parents acquired many years ago. This is a “biggie,” so you should discuss these prospects with your tax adviser.

While no one knows what the future tax laws will ultimately look like, pest business owners should stay well read and understand the implications to their personal situations. 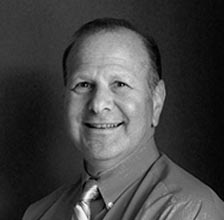 Author: Dan Gordon
See all articles by this author