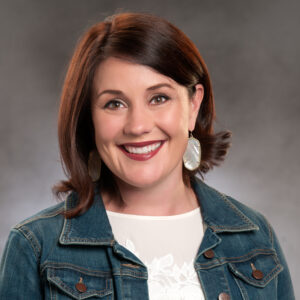 Erin Richardson never thought she’d do pest control. “I appreciated what my dad did, but it didn’t seem to fit my personality and my dreams going forward,” says the third-generation owner of All-American Pest Control in Nashville.

After college in 2003, Erin was freelancing as a graphic designer when she started working in the family business part-time to help with Sentricon routing and logistics.

“I started seeing behind the scenes and getting a real understanding for what the pest control industry was all about,” she says.

In 2004, she joined the company full-time, selling new construction accounts and helping her father, Al Foster Jr., develop that area of the business. Before long, she was doing marketing, recruiting and strategic planning.

“That’s when I could see that I could make a career out of this and how much I love the industry and people,” says Erin, who in 2012 bought the business founded in 1961 by her grandfather, Al Foster Sr.

Today, she carries on the family’s and firm’s values as a careful leader and creative problem-solver.

In 2011, when Erin and her father were working on their buy/sell agreement, they knew they needed to get their chart of accounts in order. It was important to Erin to use an industry standard method with detailed revenue and marketing expense data. She sought advice from friends in the industry, but she got mixed messages.

Enter PCO Bookkeepers. Erin met face to face with Managing Partners Dan Gordon and Anthony Pepe at PestWorld. They alleviated her concerns about the project with their pest industry knowledge and accounting expertise.

“It was a project I was really dreading,” Erin says. “For them to be able to hear what we wanted, give us suggestions and ultimately make it happen was worth every penny.”

PCO Bookkeepers has provided monthly accounting and bookkeeping service to All-American Pest Control ever since. Forging this relationship one year before buying the business was key for Erin.

“I don’t think I would have been as confident stepping into the ownership role without the detailed P&L statements we created, and just having Dan to rely on as I started making more decisions on my own,” she says. “He’s a really good cheerleader.”

For example, when All-American Pest Control made the bold move to switch its field staff to a four-day workweek in 2018, Dan served as a sounding board as Erin and her team researched their plan’s logistics. “More importantly, though, he helped me keep a close eye on operating ratios, productivity and profitability the first year of the four-day workweek to help us determine if we had, in fact, made a wise decision or not,” she says.

To others who are considering outsourcing their accounting functions to PCO Bookkeepers, Erin says you won’t regret it.

“Their tenacity, attention to detail, reliability and willingness to do the work are a breath of fresh air,” she says. “They do what they say they’re going to do and are always available. They are a great team of smart accountants who love to serve.”

Best advice: Find a CPA who understands pest industry software. “Our past CPA had a hard time getting our software program’s numbers to match our QuickBooks numbers, but PCO Bookkeepers already had a proven process for that,” Erin Richardson says. “Dan was also able to show us a lot of features we didn’t already know about for accounting purposes.”

Author: Marisa Palmieri Shugrue
See all articles by this author